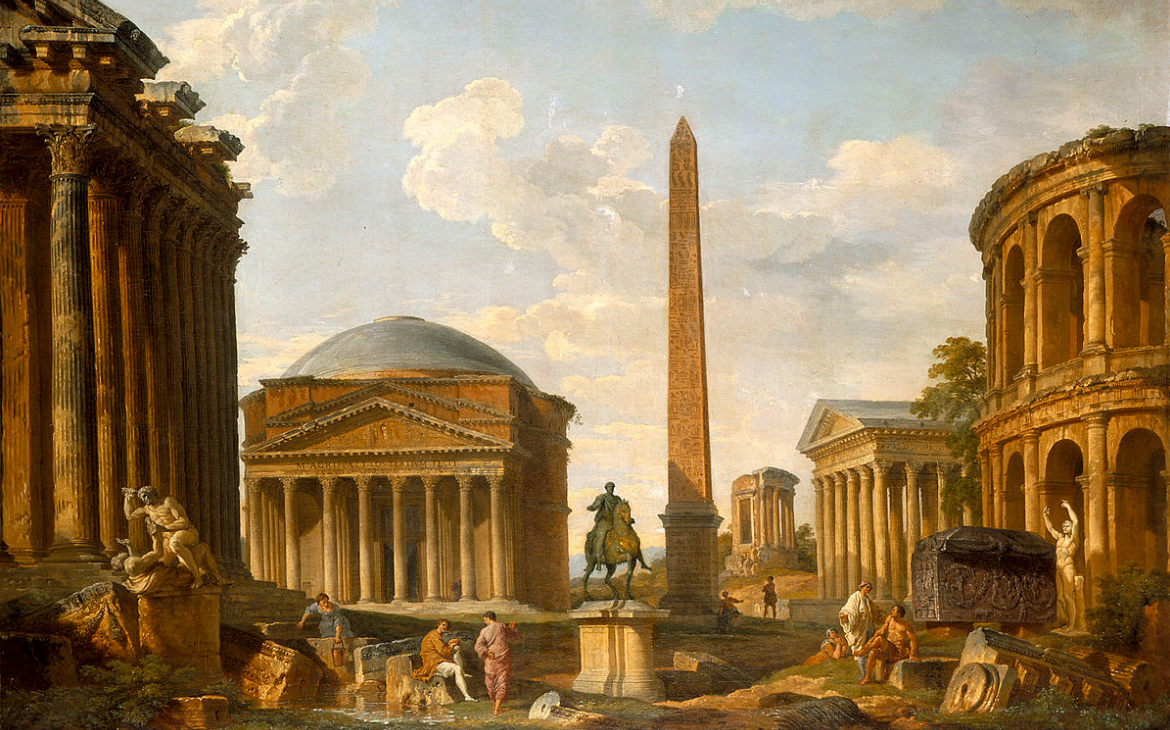 Many of you may have taken the opportunity to visit one of the most astonishing art exhibitions in a generation which took place two winters ago in London. Displayed at The Royal Academy and entitled Charles I: King and Collector, this ground-breaking exhibition brought to London many paintings which formed the corpus of Charles I’s extraordinary collection of Old Master pictures. A collection that, before its sale and dispersal in the 1650s, was equal in quality to anything on the continent. It was a high-water mark in the way the Stuart dynasty had embraced art as power and re-engaged with Europe after generations of Tudor rule, some might say, were handicapped by cranky Tudor studiousness and, at times, outright paranoia. In 1603, James VI of Scotland came down to London uniting the crowns of Scotland and England. The Stuarts’ view of the continent was radical in more ways than we perhaps realise. The king made peace with Spain a year later and sought to marry off his off-spring to a number of European dynasties (an aim partially achieved). Finally, he would re-create listening posts across Europe by sending British landed gentleman to take up their diplomatic positions abroad. One example was Sir Henry Wotton, sent to Venice in 1608 (and to quote Sir Henry) “to lie for his country”. As I wandered around the exhibition it was tempting to consider parallels between the Tudors and the Stuarts with Britain’s current political paralysis. Perhaps one hundred and eighteen years of Tudor rule have left more than an indelible mark on the United Kingdom beyond separation from the Roman Catholic Church, the defeat of the Spanish Armada and of course, ‘Henry the Eighth and all that’.

The Stuart dynasty would catastrophically come undone in the middle and latter half of the seventeenth century, their art collections and that of the ‘Whitehall Circle’ ending up in Royal and aristocratic collections in many Royal capitals. The potential for collecting art and the development of taste realised its full potential in the following century following the wars of religion and absolute power which scorched Britain and central Europe across the mid seventeenth century. In 1648, the end of the Thirty Years War brought the signing of the Treaty of Westphalia, marking the beginning of a gradual northward shift in the political and cultural hegemony of Europe. As enlightened London, Edinburgh and Paris came to the fore, not for the first time was Rome about to become a ‘Classical Disney Land’ as artists flocked to the Eternal City not so much to work for the all-powerful Papacy whose pan-European political status had been permanently damaged, but to create in Rome an eternal design school for a burgeoning art market. Indeed, the political vacuum of the late seventeenth century was filled by a new cultural phenomenon called ‘The Grand Tour’.

It was a secular pilgrimage of sorts, carried out by mostly young men of rank and means to gain exposure to Italy’s classical past and more recent renaissance achievements. Notes of credit were obtained, passports stamped multiple times as the arduous journey made its way across France and into Italy. It was well known at the time that the British were incapable of manners particularly when it came to conversation with ladies at court. They also had no dress sense so the journey to Rome was invariably interrupted by attendance to the tailors in Paris and musical and cultural academies in both Lyon and Turin. Time of course might be made for the Venice Carnival where the resident British Consul Joseph Smith was eager for many to buy a view picture of Venice by one of the artists he bank-rolled like Canaletto. Passports would be stamped in Florence where notes of credit and above all polite conversation and advice might be dispensed by Sir Horace Mann – our man in Florence. He would have been the last British diplomat encountered before entering the Papal States and Rome itself where Britain had no formal representative.

What was the Rome they encountered at the outset of the eighteenth century, having travelled through the northern gate at Piazza del Popolo? After decades in exile in France, the Papacy had returned to the city in 1419 following the election of Oddone Colonna, Pope Martin V. The Rome he encountered was a pale medieval shadow of its ruined imperial self. The rediscovery and newly translated copies of Marcus Vitruvius Polius’ books on architecture, coupled with the return of the papacy, triggered a building revival with increasing levels of artistic patronage, most of all made possible by morally-questionable methods such as the Sale of Religious Offices and Simony (the forgiveness of sins for a fee). That said, the great Papal families of the Della Rovere, Medici, Farnese and Chigi transformed the city. At the same time, to meet the inevitable challenges thrown up by the Protestant Reformation, Holy Mother Church sought to put its own shop in order. The subsequent Counter-Reformation (1545-1563) not only reformed the church by decree, but also re-evaluated the way it would present itself and that of its Christian message in art and architecture. New religious orders and indexes policing the arts in those early decades existed at the general expense of free artistic expression. This would change at the outset of the next century as the heroes of the Counter-Reformation from St Ignatius of Loyola to St Charles Borromeo were fast-tracked to canonisation and the great Baroque churches celebrating them began to garland Rome. The architectural vigour of this period all took place against the backdrop of Rome’s classical past which continued to be excavated as the Popes sought to recreate the grandeur of Rome’s Imperial past for themselves and their family dynasties.

This is the Rome that inspired legions of grandee travellers, artists and architects from Northern Europe to Rome. Many returned home laden with works of art collected or commissioned and antiquities excavated or purchased. Back home, designers, artists and landscape gardeners and architects also ventured to transform the country homes, gardens and follies of Britain’s elites in the manner of all that they had seen in Italy. One only has to visit Spencer House in St James’ or any number of our most beloved estates from Stourhead to Stowe Gardens to admire the Arcadian dreamscapes so loved by eighteenth century Britain. Grand Manner portraits might be commissioned and painted by the Tuscan Pompeo Batoni, architectural ‘caprici’ would be commissioned for Panini to paint and the ultimate collectable – engravings from the Piranesi family studio – were all portable goodies brought home to hang on walls in town and country, quite literally engaging the owner and viewer in a sophisticated cultural relationship cultivated over decades between Italy and Britain. Above all, a British guide or ‘cicerone’ would be able to hold hands and escort grandees to see the sites, meet the people-in-the-know, open doors and perhaps advise the ‘milordi’ on comfortable digs, reputable dealers and antique pieces worthy of consideration for purchase.

A further footnote in the development of taste and cultural exchange is worth mentioning.

Diplomatic relations in the first half of the eighteenth century began to change as Britain became an industrial and economic powerhouse. Cardinal Alessandro Albani was a brilliant papal administrator and jurist. He also represented German Catholics in Rome as Cardinal Protector and was instrumental in bettering the diplomatic interests of Britain and Austria, mostly at the expense of France and Spain. He was an avid collector and a major patron of the arts. His Villa Albani in Rome was completed in 1763, the year the cardinal arranged for the Duke of York and Albany, Edward Augustus, younger brother of King George III, to meet Pope Clement XIII. Albani clearly had a bit of a soft spot for the duke whom he had met privately on a previous Grand Tour. Despite the fact that he represented the family who had kept the Stuarts off the British throne, coming to Rome under the very noses of the remaining Stuarts (the Old Pretender James III left Rome in protest at the thought!) didn’t seem to bother either party. Before the young duke could open his mouth, the pope said to him “if I had been Henry VIII, I would have done exactly the same”. The meeting was very cordial and relations have remained so to this very day. It consolidated a love affair of shared cultural interests between Britain and Italy which, at the time, permitted the British more digging licenses to export antiquities and commission more art. British artists would even paint the popes of the day and would enjoy protection once Napoleon invaded Italy at the end of the century.

The ‘Grand Tour’ would kick off again in the nineteenth century, but travel objectives had changed to include visits to the more subliminal landscapes of the Northern Italian lakes and the untamed majesty of the Alps. Thinking back to these cultural exchanges from King Charles I’s court to our own Grand Travels to Italy in the present day, it is reassuring that our mutual cultural and diplomatic relations will continue far and beyond 31 October 2019. 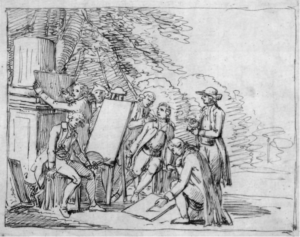 “What? You mean I have confused a column and a pillar all my life?”
asked the distraught Grand Tourist of his Cicerone…

James Hill is the tours director for Ciceroni Travel, a British cultural independent tour operator. He has lived in Italy for twenty-seven years and shares his time between the countryside north of Rome and Como in Lombardy. He travels regularly throughout Italy, France and the US.

To find out more about what Ciceroni Travel can offer, contact

If you are interested to find out more about how Unity can help you with your personal financial planning needs, in conjunction with becoming a resident in Italy, please contact us on the following link: